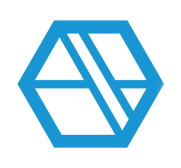 Ashley_D TXRegistered User, Registered Moderator, Community Manager ✭✭
January 12 edited February 8 in SiteLink Release Notes
The following is a list of improvements released for SiteLink. Be sure to run a live update to apply these changes as they become available.

We made a number of improvements to SiteLink myHub including new shortcuts, text updates, and the ability to toggle the Autobill modal by Payment type.

We fixed an issue that was preventing some Storable Payments customers from receiving the autopay failures report after Auto Batch billing was run.

We updated the myHub map colors to match the map colors in SiteLink Web Edition.

We fixed an issue that was preventing consistent credit card masking in myHub. SiteLink is not aware of any unauthorized access or use of data in connection with the item addressed in this update.

We fixed an issue that was causing batch summary emails to indicate that some transactions had failed when in fact they had been processed successfully.

We fixed an issue that could cause eSign lease creations to fail during online move-ins using Firefox.

We fixed an issue that was causing credited insurance charges not to show as paid in the General Journal Report.

We fixed an issue that was occurring during the conversion of specific RTF forms to PDF e-leases and was causing formatting issues in the e-leases.